In the battle against fatty liver disease, could ingesting more sugar be part of the solution? Ultra-Processed Foods in the American Diet

American eating habits tend to lean toward ultra-processed foods, which could be a major health issue. Could going to Starbucks be worse than heading to a vending machine? 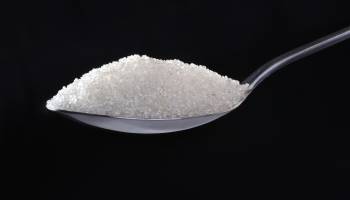 What's Behind Your Sweet Tooth

Whether you're reaching for an extra piece of pecan pie or refraining from sweets altogether, you may have more than just your mind to thank. The Role of Sugary Drinks in Diabetes Risk Liquid Candy: The Effects of Sugary Drinks on Kids' Hearts

Kids, put down the Hi-C. Your heart health may depend on it. Could Your Diet Be Making You Depressed?

Feeling blue? You may not want to turn to that macaroni and cheese for comfort — especially if you're a postmenopausal woman. Who Drinks What: Global Beverage Trends

When it comes to nonalcoholic beverage consumption, it looks like there’s a lot of room for diversity. How sweet it is — but how do you really know how sweet it is? The US Food and Drug Administration (FDA) wants to help you with that. How Your Diet Could Affect Your Brain

If you want to keep your brain functioning well, you may want to skip the doughnuts. Sugary drinks may taste good, but they may also take a big toll on public health. Drinking Soda Could Put Your Liver on the Rocks Why Fructose May Make You a Couch Potato

From salt to trans fat, many ingredients have come under scrutiny by health experts. One such ingredient found in many common prepackaged foods is no... The quest for a kinder, healthier food marketplace continues. This time, candy-maker Mars is getting in on the act, supporting a federal measure that... Oh, how sweet it was — while it lasted. Beginning in August, Diet Pepsi will hit store shelves in the US without the artificial sweetener aspartame... 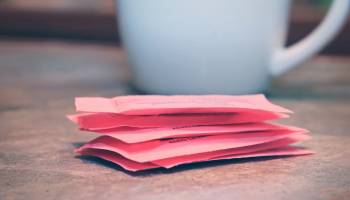 They sweeten tea, coffee, diet soda and baked goods, but artificial sweeteners aren't likely sweetening conditions for the healthy bacteria in your s... Downing a can of soda may provide some relief from a tension-filled day. But too much of a sweet thing can become an unhealthy habit.
12next >last >>
Lifestyles
Conditions
Newsletter